Best CPU for Vmware? That’s not an easy question to ask. You might have come across the term virtualization which is revolutionizing the IT organizations. Using virtual representations of servers, networks, and storage devices, the IT expenditures are being cut down significantly. With the advancement in technology, physical servers can’t handle the entire load, so virtualization plays a vital role in taking off that burden. Currently, three major types of virtualization are helping the IT industries to grow that are storage virtualization, server virtualization, and client virtualization. With virtualization, come different benefits like increased productivity, consolidation, easy data backup, uptime increase, and business continuity. So, if you are an organization with a heavy IT setup, virtualization can help you to progress at a steady pace and be on top of your services.

What to look for in a CPU

Selecting a CPU for the sole purpose of virtualization depends on your requirement and other hardware. First, you need to choose which brand you want to go with. Is Intel more preferable or you wanted to go with AMD? Both brands are in constant competition surpassing each other with new upgrades. If you dig a little deeper, you will find architectural differences between AMD and Intel. The front-side model is used in Intel processors to connect with memory controller while AMD prefers hyper-transport for integrated memory processing. Despite the difference, if you compare the same models with similar features, both AMD and Intel tend to be equal. Let’s jump to CPU features to learn more about the CPU.

The best CPU for VMWare

Various acronyms identify processor types, such as those provided by Intel and Advanced Micro Devices (AMD), and their particular uses. Intel offers VT-x, VT-d, and VT-c, for instance, and AMD offers AMD-V and AMD-Vi. One of the best approaches to selecting the correct virtualization CPU is to define the particular features that you want to incorporate in your virtual infrastructure. Memory space isolation via no-executes (NX) and disables (XD) bits, respectively, which protects VMs from malware, is one feature that Intel and AMD both have. In secure areas, NX / XD bits ensure that the CPU refuses to run code.

The Load AH from Flags (LAHF) and the Save AH to Flags (SAHF) commands and virtualization extensions are other CPU characteristics that are essential to virtualization. LAHF and SAHF commands enable control over the contents of the registry, while extensions of virtualization enable better utilization of resources. The first step to ensuring that your virtual workloads run at peak performance is to select the right hardware.

Virtualization offers a complete backup of archives with both virtual and virtual servers to ensure up-to-date data availability.

With these few details, let’s jump to the good stuff and discuss which CPU VMware is going to be your companion this year.

It consists of two DDR4 style memory channels with a 2933MHz specification and includes the following technologies supported: AMD SenseMI Technology, AMD Ryzen Master Utility, AMD Ryzen VR-Ready Premium, and AMD Store MI Technology. Windows 10-64 Bit Version, Ubuntu * 86 64-Bit Version, and RHEL * 86 64-Bit are all supported by the following operating systems. However, depending on the manufacturer, the operating system is distinct. Both chips are unlocked and excellent both-round performance is its key benefit and is disadvantaged by the lack of integrated graphics and lower clock speed than Intel.

The AMD Ryzen 7 2700 builds on all that made Ryzen CPUs of the 1st Generation amazing. In a 65W box, it has faster clock speeds, a fine-tuned memory controller, a faster cache with smaller latencies, and stellar 8 core multitasking performance.

With Crysis 3, the Ryzen 7 2700 is getting off to a strong start, turning in higher frame rates and a lower frame time of 99th percentile than its predecessor. Really, overclocking the chip lets it shine here, too. Only the Coffee Lake chips from Intel are faster, but boy, when overclocked, they are quicker.

Intel’s Core i9-9900 K has arrived. The i9-9900 K has the potential for extremely great performance, with eight cores and 16 threads clocked at up to 5 GHz (on as many as two active cores, to boot), plus a 4.7-GHz all-core Turbo Boost 2.0 clock. We’ve been checking that output down to the very last minute, and now we have a comprehensive collection of results to share with you, but as we fully digest the data teams that our work has generated, review of those results will have to trickle in the form of pros and cons. In fairness, however, a chip with the kinds of success we’ve seen over the past few days doesn’t need us on its behalf to vouch for much.

But if you want more insight on the i9-9900 K, David Schor at WikiChip has an outstanding run-down of the silicon Coffee Lake Refresh that underpins Core CPUs of the ninth generation.

Last year, AMD was solid and targeted both cages with an Intel badge. From top to bottom they were able to compete with Intel by adding quad-core processors on the mainstream segment, six and eight-core processors, and up to sixteen-core processors on the passionate PCs with Ryzen Thread ripper. A year has passed since AMD began the Ryzen processor of the first generation. It got some shaky launch with a 1080p game output and memory support at the Inner-Core Latency debate. But the tide inevitably turned for AMD, with more and more people contemplating purchasing an AMD PC, for their next purchase. The problems with memory compatibility have almost gone, of course, in this article we will also discuss game efficiency. But yeah, it looks nice.

AMD’s Ryzen 5 2600 is still a large-scale CPU, which can still work well on your PC. Under certain unique cases, however, upgrades to Ryzen 5 3600 may be worthwhile, for example, if you updated your GPU and now have a bottleneck.

AMD Ryzen 3 2200 G is an impressive light gaming and virtualization CPU. If used to create the budget laptop, it does not require the installation of a separate GPU, as a graphics processor is on-board. The channel comprises the following supported technologies: AMD SenseMI technology, AMD Ryzen Master, AMD Ryzen VR-Ready Premium, and the AMD Shop MI technology. It consists of two memory channels, form DDR4, listed 2993MHz. It provides support from Windows 10-64 Bit, Ubuntu * 86 64-bit, and RhEL * 86 64-bit, respectively, Operating Systems. The CPU is highly regarded for its powerful Vega graphics. The key downside is that very costly memory is required to shine. Ryzen 3 2200 G delivers a powerful integrated GPU which is marginally cheaper to use than the Core i3-8100, making it the number one budget CPU choice in terms of cost-effectiveness. The Ryzen 3 2200 G can be unlockable to overclock on inexpensive motherboards.

In general, cost savings rather than high performance are the biggest advantage of an embedded GPU and Ryzen 3 2200 G is checking the first box for 99 USD. It is also a strong performer for regular computing and light gaming, so it is also a perfect option to fuel an affordable PC.

Storage specs include up to 64 GB, 2 storage channels, 41.6GB / s memory bandwidth, and a memory form DDR4-2666. Processor graphical specs include 350MHz basic graphics frequency, a maximum 64 GB video memory, a clear Intel camera and HD Clear hardware, a 4 K 60Hz graphical device, and Intel UHD630 processor graphics. Additional provisions include the choice of upgrade products and enhanced kit sizes, including the eligibility of the Intel Turbo Boost and Intel Pro device. It also provides protection and reliability features such as Intel Boot Guard and Stable Keys. The key advantage of this CPU is its excellent gaming and productivity program performance. The need for a Heat sink is an annoyance.

The Core i5-8600 K uses its two extra cores in threaded working loads to improve its predecessor considerably, while vigorous Turbo Boost bins provide high performance in soft threaded working loads. The Core i5 series is easy to overclock and is combined with fantastic play output, which competes against previous Core i7 versions, making it an enthusiastic CPU.

The i5 8600 K provides increased game performance. For all gameplay, there is a slight distinction, since both are very well suited for all games. Gaming is difficult, but not the hardest. An i5 8600 K is great for games.

If you really want to buy the best CPU for VMware then you should take certain points to figure out the best one for you. In the above article, you will see certain CPUs that will definitely help in the future in order to select the CPU. but keep in mind that every CPU has some pros and cons and according to the person’s needs. First of all, identify your needs then move towards your final decision. Another point that you have to keep in mind is that this high-tech CPU needs high-tech monitoring too. If you are ready to take care of this little baby then you should make the decision as soon as possible to make your life easier and handy. 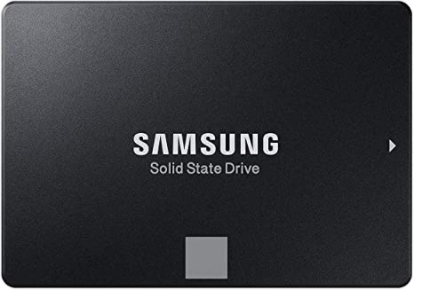 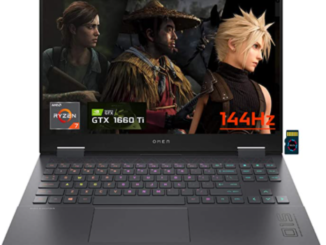 Best Slimmest Laptops – All You Need To Know 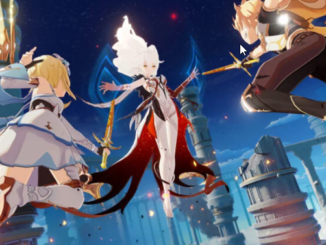 Best Laptops For Genshin Impact – All You Need To Know 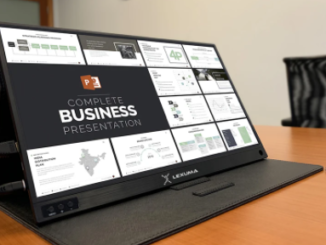 Best Portable Monitor (With Battery Built-In And Not) – 2021 Guide 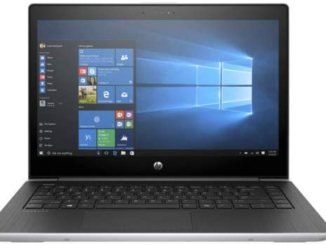 Best Laptops For Photo Editing Under 1000 Dollars and Above